That Time I Got My Hair Did 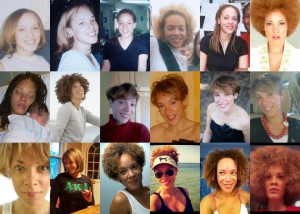 Queen of the Switch-up

Sometimes, I even choose to blow it out and wear it straight. I don’t do this often for a number of reasons:
1. I’ve got very little patience. More often than not, I start the multi-step process of obtaining curly hair only to break out in a flop sweat and say, “You know what? Never mind,” before sticking my head under the faucet. My curls are raised up like Lazarus and the angels sing.
2. Like I said, it’s a multi-step process. I have to plan ahead for when I won’t be needed for at least two hours.
3. I need to check the weather forecast to make sure the humidity over the next couple of days is going to be 0% or lower. Nothing is more irksome than putting in work only to have it immediately revert because you even think of the word “humidity”.

4. If I blow out my hair, which is roughly twice a year on a good year, three little people who share my address want their hair blown out, too.  Confession: I’m not a hair wizard, despite what my kiddos believe.  It’s like I told the producers at The Curls Room, whomever get their hair done first gets the best ‘do. After that, the intricate nature of the styles. . . . well let’s just say that the number of heads that must be done is inversely proportional to the intricacy of the styles done of said heads.  Basically, whomever is going last is getting a big puff. *shrug*

5. Blown out hair = workouts on pause.  When I exercise, I’m working hard. My body does it’s job by cooling me off.  I’m not even going to fake like I glisten or sparkle or perspire.  Your girl sweats.  Big, fat globes that roll off my brow and sting my eyes.  Rivulets down my back kind of sweat. And enough moisture on my head to loosen the curls on my scalp. So, in order to maintain the blow-out, all manner sweat producing activity is ceased until further notice.

Today, I decided it had been about six months since my last trim — and that was only because I suffered a minor hair catastrophe with a DIY ombre kit. I needed the color corrected, like, yesterday, and threw the trim in for kicks.  Before that, it had probably been January since I’d had some inches taken off, one of those new year deals.

Lenise, over at Canvas the Salon, hooked me up like she always does.

Let me back up for a second.  Growing up with a relaxer meant having to go to the salon every 6-8 weeks for a touch up.  My mom would drop me off after school and come back in about 3 hours, when I was just about finished.  This of course, was back in the late eighties, early nineties, pre-cell phones.  Because I was a kid, the hair stylist would get me started while my mom was there, and then once the door closed behind her, she stuck me under the dryer while she worked on other clients.  And it wasn’t just that one salon; it happened at several Black salons that we used over the years.  I can easily remember being about 8 or 9 at the hairdresser which was affiliated with the “Black” Macy’s (you know there’s always one).  My mom dropped me off, saw me get my edges greased up and the relaxer applied. Then she left and those broads sat me under the dryer for close to 90 minutes. I ran out of snacks (oh the humanity!), books to read, and things to do.  It was hotter than blue blazes under that dryer and I started singing every TV show theme song I could think of.

When they finally raised the hood, my stomach was touching my back, my mouth was dry and my hair was fried.  And these chicks had the nerve to joke about my singing! Now, because I had home training — and because my hair needed to be finished — I just kept my manners and let them finish their work. Best believe, though, that was the last time we went there.

We eventually found a salon that could cater to our hair needs.  The proprietor was White. The stylists were Latina and Black.  They were on time and not once was I ever left to dehydrate indefinitely while someone else got their ends bumped.  Sadly, we moved away and shortly after that, I did the Big Chop.  I was so thankful not to have to go back to the salon experience.

Fast forward 15 years. There is an overwhelming amount of knowledge, information and products for natural hair.  There are natural hair salons and salons that offer natural hair services along with more traditional services.  Having options is awesome.

So is Lenise.  She is on time and never double books. She knows my hair and what it needs. I’m never left for dead under the dyer.  When I went in today for a blow-out and trim, I came out ready to star in my own shampoo commercial.

The thing about going from curly to straight — or straight to curly, for that matter — is that people can’t figure out what kind of #blackgirlmagic was involved in order to make the switch.  So, since their eyes must be deceiving them, the have to reach out and touch it.

And that’s when I break out my Natural Hair Ninja Skills (also known as the 5 Rules of Dodgeball, depending on your situation):

I had to break it out a mini version on those ladies at Target who were going in to touch V’s hair that time. Today, I went full on ninja on a few folks who were coming at me. I mean,  my hair is bursting with awesome, no matter what state it’s in.

I went from this: 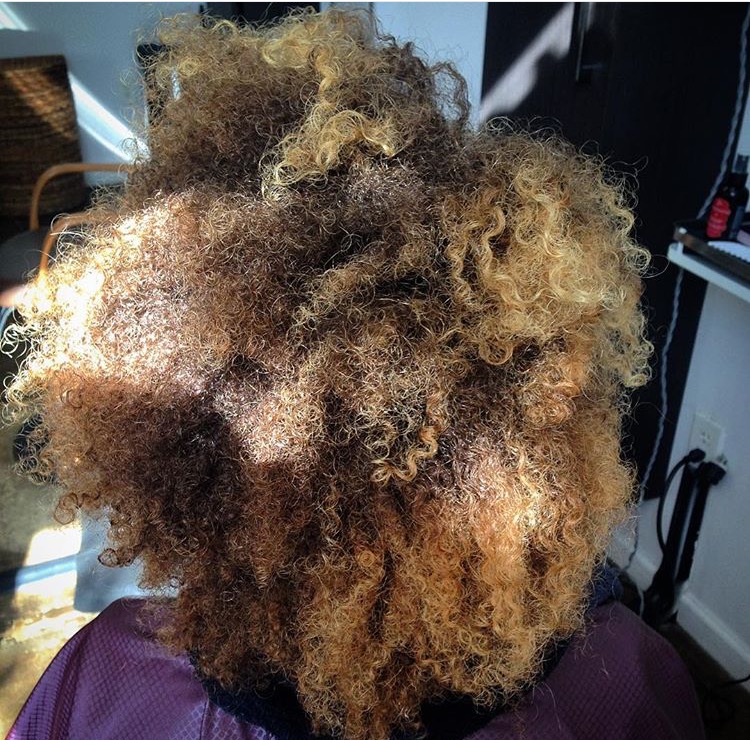 Freshly washed and conditioned. This is what it looks like when I do C’s hair! Photo Credit: @hairgreaselenise 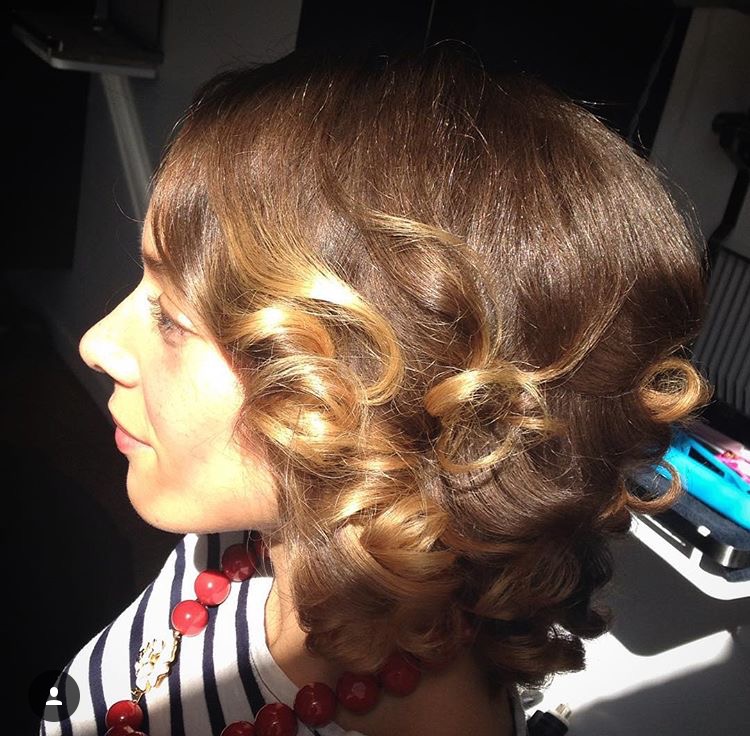 Blowed out, trimmed and pressed, with a few curls for fun. Photo Credit: @hairgreaselenise 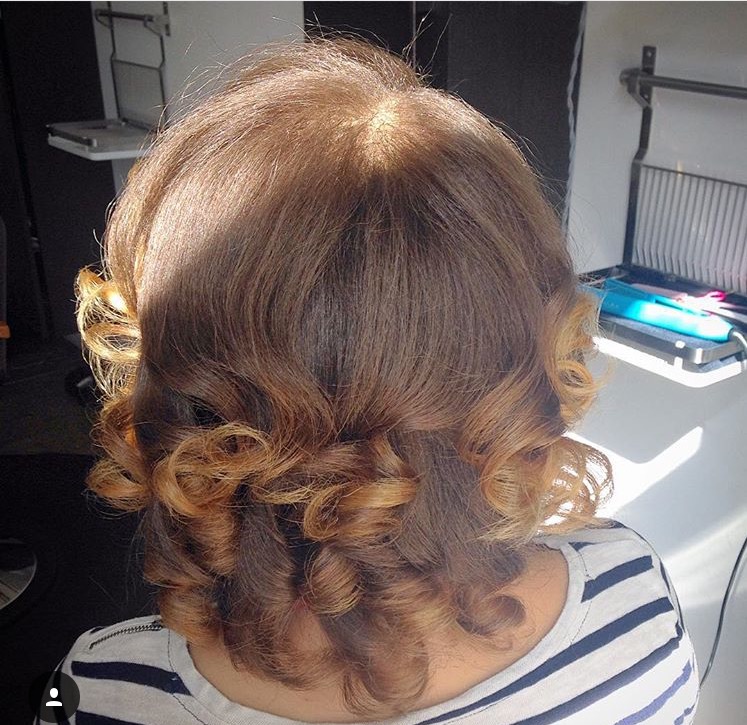 View from the back. Photo Credit: @hairgreaselenise

Shoot, I want to touch it myself! But I maintain a strict hands-off policy, so beware or you may reach out only to find yourself drawing back a nub.

And now, to try to remember how to pin this up to preserve it for the next several days.

Do you have a beauty shop win or fail?  Tell me about it in the comments!