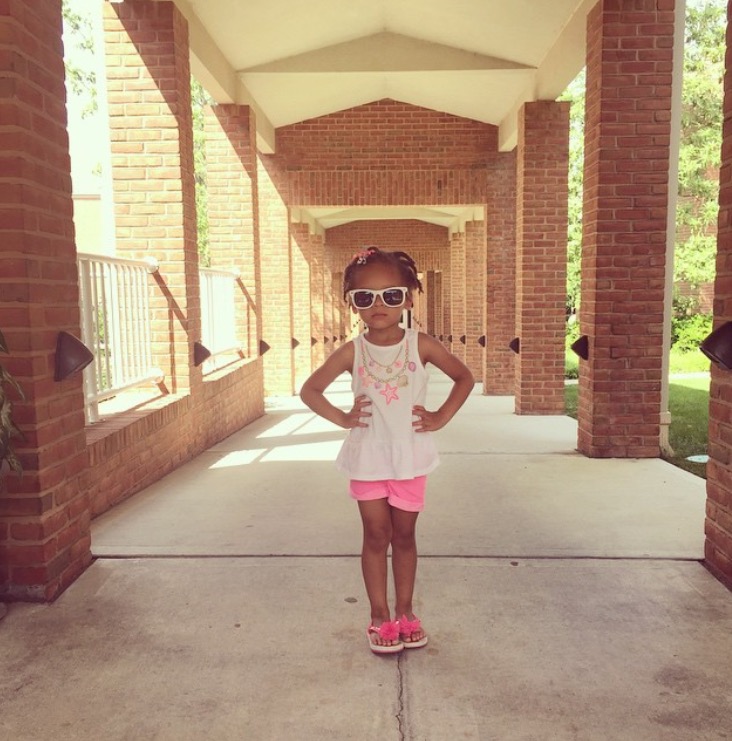 I’m really starting to think that phrase was coined because someone had an interaction with her.

This past week-end, the Hubs and I went out of town for a multi-day conference. Snap, Crackle and Pop stayed with the Hubs parents and they were super excited to have some quality grandparent time. My in-laws and my parents are quintessential grandparents.  They have completely shed the iron fist in the silken glove type of childrearing that the Hubs and I grew up with.  They’re all doting, indulgent, and quick with treats, candy, and all kinds of tom-foolery. You know, how grandparents are supposed to be.

When we went to scoop up the children Sunday morning, they were still abed while my mother-in-law prepared a multi-course breakfast for them.  As she stood at the stovetop, slicing pears for one, brewing tea for another and frying hash browns for the third, she regaled me with their activities over the week-end.

“But Miss V,” she began shaking her head slowly from side to side as she scraped hash browns around the pan.  “That Miss V!”

And I knew, Miss V had been her self, through and through.

Evidently, M and C decided to put on a full on musical rendition of the Lion King for their grandparents.  Considering that their uncle was Simba in the Broadway show, this makes sense.  It’s a live show they’ve seen. It’s a movie they love.  There were costume changes. There was elaborate choreography. It was a “production”.  M and C asked that their two woman show be video taped, which their grandmother was happy to oblige.  They also asked that Miss V park her happy hips in the audience so they could perform unencumbered.

Well, nobody puts Miss V in a corner. M and C didn’t get that memo.

Try as they might, they couldn’t keep her in her seat. Eventually, their grandmother was able to persuade her to sit down and enjoy the show. The details on what went down are a little vague, but I’m sure there was some bribery involved.

The show comes to a close and my mother-in-law proceeds to applaud M and C for their performance.

“So, I’m clapping for them, and then,” my mother-in-law says, stopping her breakfast prep to put one hand on her hip, “your youngest says, ‘That. Was. Terrible.'”

Then I pulled myself together and realized what I’m dealing with.  Three years old and a giver of no. . .well, you know. I’ve got my work cut out for me with this one.