That Time I Solved the Dessert Dilemma

I mean, they lurve it.  They’re asking me what’s for dessert as they’re setting the table for breakfast.  They come by it honestly, thoug. I love dessert, too (big surprise).  What I don’t love, however, is how what started out as an occasional after dinner treat has mushroomed into an overwhelming sense of entitlement to some kind of post-dinner confection from my girls.

Do I only have myself to blame? Probably.

I don’t remember when we introduced dessert as part of the family meal to the girls.  What I do know is that whenever they are insistent on having dessert every.single.night, I have to crack down.  I start offering fruit as an alternative, which, as you can probably guess, is about as well received as paper parasol in a typhoon.

When the fruit alternative fails to quell their desire, I go all or nothing.  Either you can have what I offered or nothing at all.  There are tears. There is the renting of clothes.  M may have gone so far as to don some sackcloth and ash on occasion, but she was stomping up to her room in disgust so fast, I can’t be sure.  It was like seeing Bigfoot in the woods.

A friend of mine, C,  told me how she stopped giving her girls dessert — cold turkey — after she and husband realized the additional sugar was making them crazy.  Her girls were moody, cranky, refused to go to bed, and were all manner of unpleasant until C figured out it was dessert.  So, she cut them off — ka-cha! — and for two weeks (TWO WEEKS!!), her girls went through the dessert DTs until their behavior and moods regulated, and the desire for sweets abated.

Whew! I don’t know if I could survive that. I don’t know if M,C, and V could survive me trying to survive them trying to survive that.  Still, something has to be done. In truth, I go through phases with the dessert.  If the requests come few and far between, then no problem. I’m happy to have you guys grab some ice cream or a novelty from the freezer.  You can have a cookie or baked good if we have them. When it’s every night — can we have dessert? can we have dessert? canwehavedessert canwehavedessert khaved’srt — GAH! NO! No dessert, not now! Not ever!

I’ve tried to stop linking membership in the Clean Plate Club with membership into the After Supper Sweets Squad (yeah, I just made that up). I don’t want them to eat their dinner just so they can have dessert.  On the other hand, I don’t want them to say that they’re no longer hungry, don’t have dessert and then come time for bed, “Oh Mom, my stomach is rumbling. Can I have a snack?” That’s happened more times than I’d like to count.  And for the record, nothing is more panic inducing than being woken up in the middle of the night by your children crying for you.  When you find out it’s because of hunger pains and they’d like something to eat, the panic stems from the speed with which you want to throw all your good parenting skills out the window.

We all know the media representations of what our bodies should look like is pervasive. We all know those representations are the exceptions, not the rule.  I have my own hang ups about my body. I’m doing my best not to let my girls be privy to that. When they ask me why I’m working out or why I’m using measuring cups to portion out my food, I tell them it’s because I want to be healthy and to live a long time (not because I’m trying to get back into my pre-Christmas clothes).

In an effort to promote more healthy eating, we’ve told the girls that dinner is whatever I put in front of them. That’s usually a protein, a generous serving of fruits and veggies and maybe some kind of carb.  If they finish their meals — without shoveling food into their maws — and truly are still hungry, they can either have more protein and veggies or they can have dessert.  Those are the options.  This plan has served me in good stead for a while.  I started noticing that, even if they had the second helping of protein and veg, they were still asking for dessert.  And sometimes, they were still getting it.  Okay, a lot of times they were still getting it.  After a while, the pattern changed.  They began to assume that they were having dessert.  It went from asking me, “Mom, can I have to dessert?” to “Khave d’sert?” to just opening the freezer or pantry and rooting around like a racoon.

The new plan went into effect on Monday. Each of my girls gets a set of three clothespins which ring the mouth of a quart size container.  Whenever they want dessert, they must drop one of their respective clothespins in the jar.  Do you remember I said each girl has a set of three? One set of three pins.  That means you can only have dessert three times over the course of a week.  If they decide they want to have dessert Monday, Tuesday, Wednesday, fine. If it’s Monday, Wednesday, Friday, fine.  Tuesday, Thursday, Sunday? Whatever makes you happy, kiddo.  There is no cashing in all the pins on one day, by the way.  The pins get pulled out of the jar at the start of the next week and we begin again. This is totally going on Pinterest.

I had planned to make my own clothespins and by that I mean just write their names in cursive on a clothespin.  When I found these pins at the Dollar Spot at Target, well, I couldn’t resist. 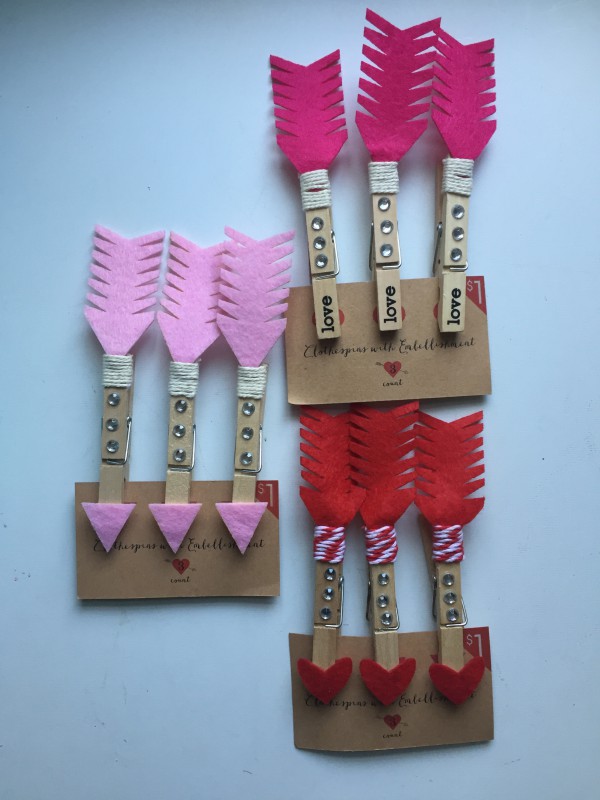 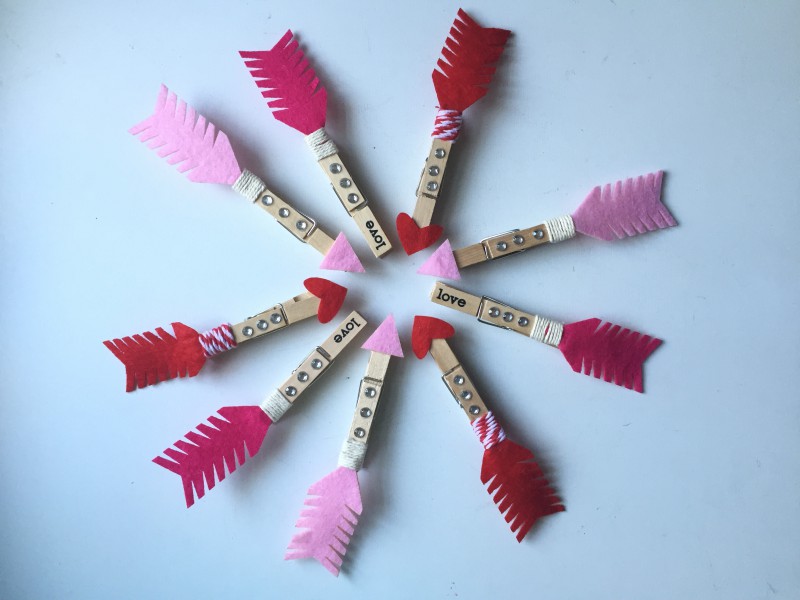 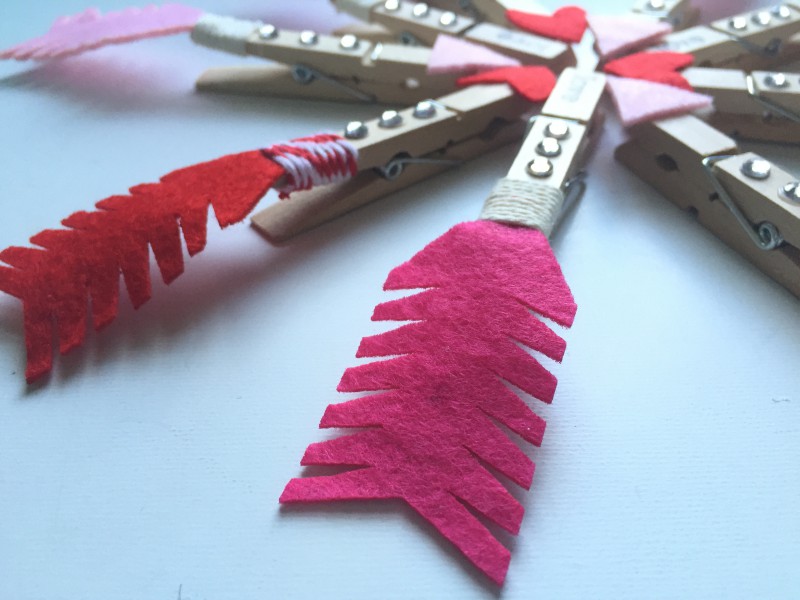 I had an unused quart container in my Tupperware cabinet.  I’ve even got a cute little poem percolating in my mind to affix to the jar when I get the chance, too.  I set it up, sat the girls down and explained it to them.

They were totally on-board.

Even V, who is still mastering the concept of the days of the week.

Today is Thursday and here’s where we stand on pins.

Kind of not surprised by the tally.  Kind of expecting some fussing and some tears tonight after dinner. I’m going to hold up the jar, though, shake the pins and remind them of the new plan.

And after they go to bed, I’m going to have  dessert.

Do you have dessert after dinner? What’s your favorite? Tell me about it in the comments!